Join 51 other followers
Follow Welcome to Objectively Black on WordPress.com 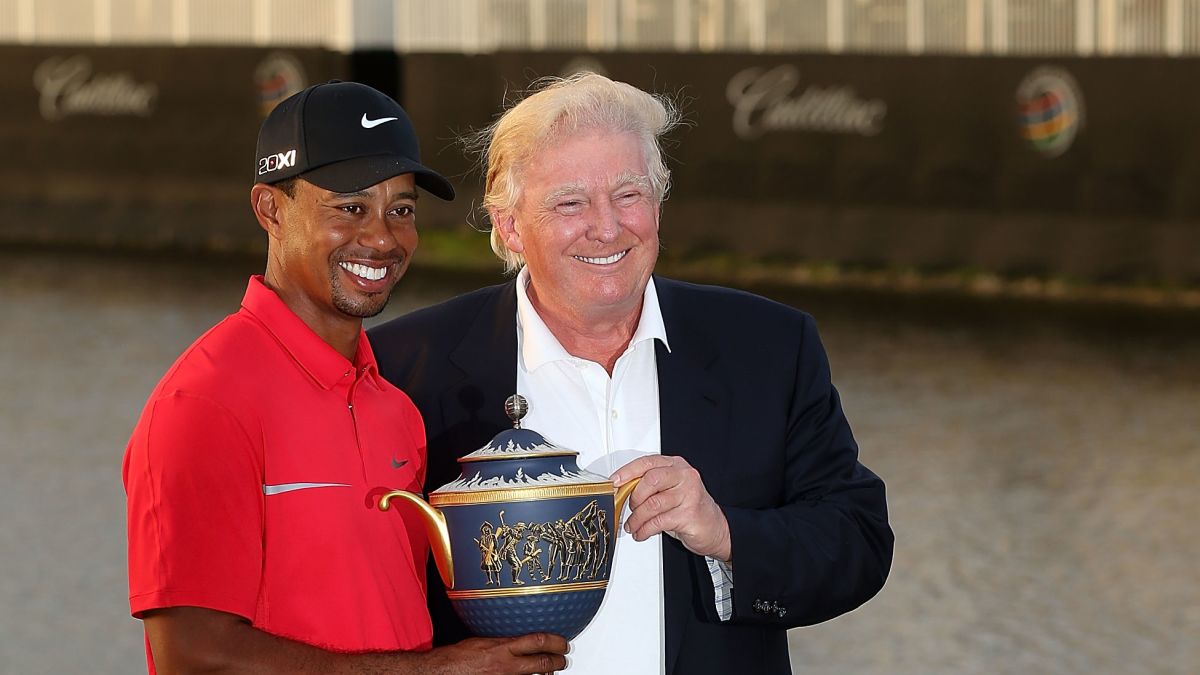 Last week, Tiger Woods completed one the greatest comebacks in sports as he won The Masters Golf Tournament after an 14 year hiatus and several knee & back surgeries. Many in the sports world told Woods to hang it up. Many said he’d never win ever again and that he was washed. Woods proved everyone wrong by reconstructing his golf game from the ground up. The result was an epic and historic win at the biggest tournament in the sport.

Today, Woods will visit his good friend Donald Trump at the White House to receive the highest honor that a civilian can be awarded, The Presidential Medal of Freedom. People are understandably upset that Woods is going and isn’t using this as a chance to take a stand against all the fucked up shit that Trump has done in his 2 years in office, but looking at the bigger picture, Woods has never stood up for big issues (in the black community or otherwise). This isn’t surprising considering he’s good friends with Michael “Republicans buy Jordans too” Jordan.

Why do we even care? We’ve always known who Tiger Woods is (even if Elin Nordgren didn’t). Do we expect too much of athletes? Black athletes especially?

F. Dougie: Look, people can do whatever they want. I don’t think that we should be propping people up as heroes and telling them how to live or engage with the black community….But when you have Colin Kaepernick out here giving up his career to speak up for black people, when you Have LeBron James out here always speaking up for the black community and trying to empower us and emulating the example of Ali….. Visiting the biggest catalyst for the rise in white nationalism and hate crimes this century makes you look like an Uncle Tom.

Considering how many championship sports team have declined to go to the White House citing Trump’s racism, this presents itself as an opportunity for Trump to align himself with a popular athlete. I just see this as a lost opportunity and shame that Trump can once again use a black prop to show himself as a champion for black people when all the while he’s been winking and nodding at white supremacists.

Idris Gray: You’re right. People should be able to do whatever they please. I’m actually not mad at all about the honor I think it recognises the impact that Tiger has had on Sports. He’s basically the MJ of golf right? But I’m just being consistent. I didn’t want to see NFL or NBA champs in the White house because of the Don, and I don’t want to see Tiger in there either. You’ve stated the reasons already. He is a clearly the representation of hate for minorities. He’s also a misogynist. I don’t really see how anyone could want to associate themselves with him knowing his opinion of people who look like us. Perhaps this honor is too big an honor to boycott? But that’s exactly why I think that refusing to participate in the ceremony would send waves.

I often wonder about the idea of selflessness when things like this come up. Perhaps Tiger doesn’t feel at all slighted about the various things that Donald Trump has said and done in the past. Maybe he doesn’t identify with the various groups that have been impacted by the hate his presidency has encouraged. But at some point you still need acknowledge the problem even if you don’t feel them directly yourself. That’s why that O.J quote you mentioned is very problematic. The fame and wealth that you’ve created as an athlete shields you from the plight of average black man. But that doesn’t mean you should ignore it.

What do you guys think?