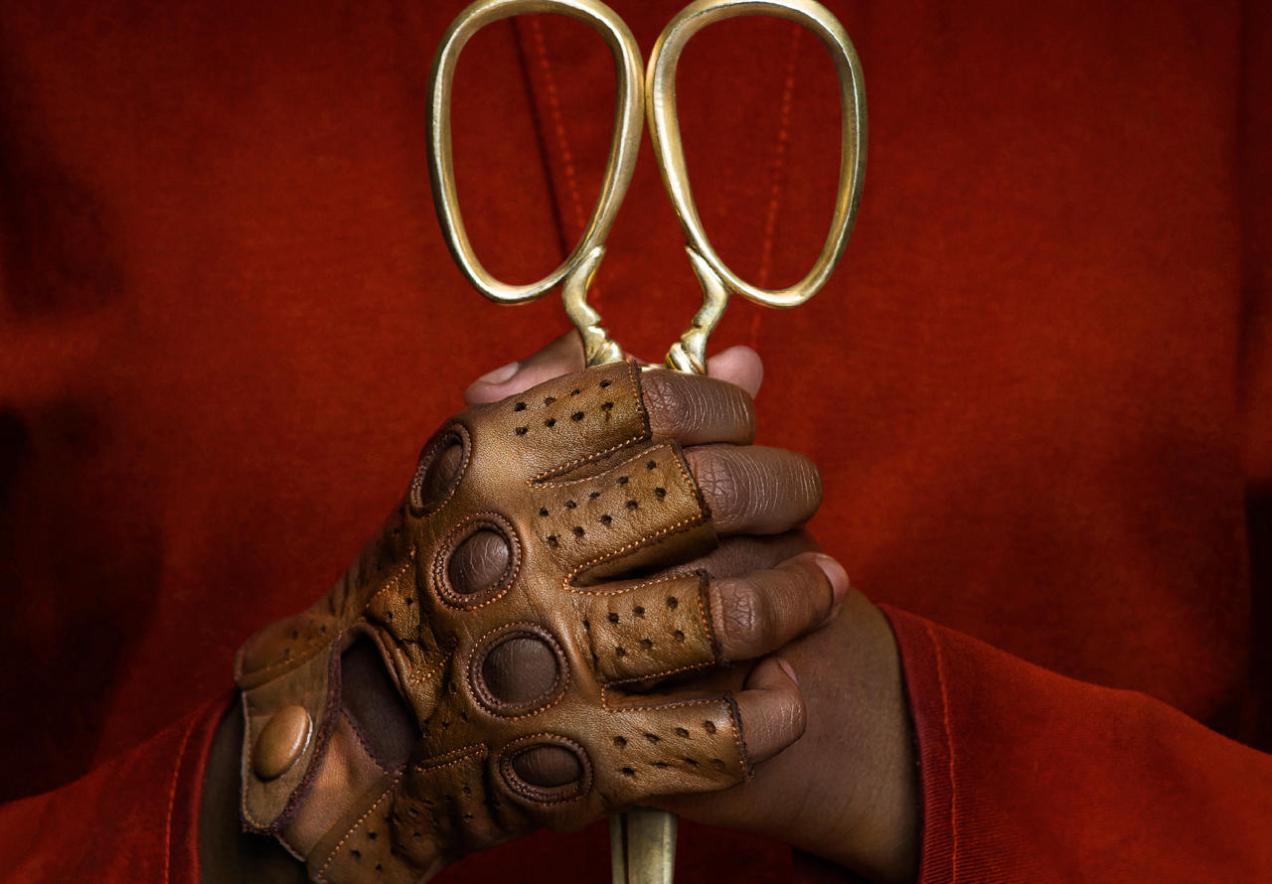 Jordan Peele’s newest film dropped this March, 2019. Since winning an Oscar for the thought provoking Get Out, he’s been one of Hollywood’s most sought after Director/Producers. Not only is he producing several upcoming projects, he’s been hired by CBS to relaunch “The Twilight Zone” this fall on CBS.

Ever since we heard the unmistakable low tones of “I Got 5 On It” during the trailer for Us last fall, audiences have been eagerly awaiting Peele’s 2nd feature film with anticipation. Get Out was not only horrifying and starting, it also delivered in making audiences socially and politically uncomfortable by commenting directly on how black and white Americans interact with one another socially, romantically, and politically.

Part of the anticipation for Us was the nervous wondering aloud: “Can Peele do it again, or was Get Out just a once in a lifetime film”?

The answer for us is a resounding “Yes”.

Idris Gray: Going into the movie I had high hopes and preconceived notions about what I was about to see. I figured Jordan Peele was going to flip the typical scary movie/thriller on its head and give us something new and thought provoking. Something that made somewhat of a social or political statement. Here at Objectively Black we are not about spoilers or robbing our readers of any surprises so I’m not going to tell you if those expectations were met. But what I will say is that I came out of the movie thoroughly satisfied with what I had seen.

The movie scored high for me on the storyline alone. The plot and subsequent plot twist was so well written and led you on a journey that had you questioning what the fuck was going on for the better part of two hours. The movie gently grabs your curiosity and pulls you in more as you continue watching eventually you start trying to put all the clues together as you watch. Do yourself a favor and don’t try and figure it out, just watch the film.

As far as the cast goes, they all did an amazing job. If you’ve seen the trailers then you know at the very least that the main characters are confronted by antagonists that look exactly like them. No spoiler there. So essentially each actor played 2 separate roles through the course of the movie. And oh, lets not forget Lupita Nyong’o. She really went in on this role. If it wasn’t for the ominous music providing a constant reminder, you’d end up wondering if Us is a horror, thriller or drama. And that’s mostly because of her performance.

I don’t want to give away anything more than this. I know I’m not telling you much besides “It’s great”. But you really won’t be disappointed here. Whether you are a casual or die hard fan of the horror genre or more so someone who doesn’t watch scary movies but just liked how poignant “Get Out” was, you’ll enjoy this film. I’ll definitely be watching again.

F. Dougie: So first of all, I thought that the concept was incredibly interesting. The duality of playing people against evil versions of themselves has always been one of my favorite fantasy tropes. This iteration of that idea was expertly written and executed. The movie is very heavy on setup, but even though the first 20 minutes or so are big on exposition, the payoff (if you are paying attention) is huge. It has a way of keeping you on the edge of your seat because you just want to understand what the hell is going on.

This is a flat out horrifying movie in a genre that has a tendency to get kind of cheesy. I thought that Lupita Nyong’o did an amazing job leading the cast in a role that called for her to essentially play 2 different characters. She hit every emotion that you could hit as an actor and if this is the kind of performance that warrants an Oscar, she should definitely be in consideration.

Winston Duke bought the funny as the goofy, boat-loving and loveable patriarch of the family. Without giving too much away, his corny dad jokes are so on point, that by the time we actually need him to toughen up, it’s hard to believe that he could actually hurt a fly.

All of the characters were very developed and the new young actors did their thing as well. Especially the young daughter.

All in all, I’ll definitely be seeing this one again. Unlike Get Out, it’s not political per se, but there are possibly some heavy ideas here for you to chew on while Jordan peele is scaring the hell out of you. Aside from the above, I can’t help but shake the feeling that Peele is making some pointed comments about America and the way that we deal with others. We love to “point fingers”, but most of the damage to our country has been done from within. Sometimes, we can be our own worst enemies.